Health care heroes and other essential workers from throughout New York City marched in a ticker tape parade on July 7 through the Canyon of Heroes in lower Manhattan. The Hometown Heroes Parade celebrated the contributions of all essential workers throughout the pandemic.

The parade included 14 floats representing 260 different groups of essential workers. Health care workers, food service professionals, transportation workers, and several other groups participated in what press outlets reported as one of the largest ticker tape parades in the city’s history.

Close to two dozen representatives from CUIMC waved to cheering onlookers as they marched up Broadway from Battery Park to City Hall.

“It was surreal. I couldn’t believe how many people showed up to celebrate,” says Tsion Firew, MD, assistant professor of emergency medicine at VP&S. “The second we turned that corner, we saw this sea of people. It just felt unreal to see how much people appreciated us and to see how grateful they were. There were people of all ages in that crowd—people who had survived COVID and people who believe in science.

“It was just great to be back in the streets of New York,” she adds. “To see people celebrating in the streets—it's been a long time coming.” 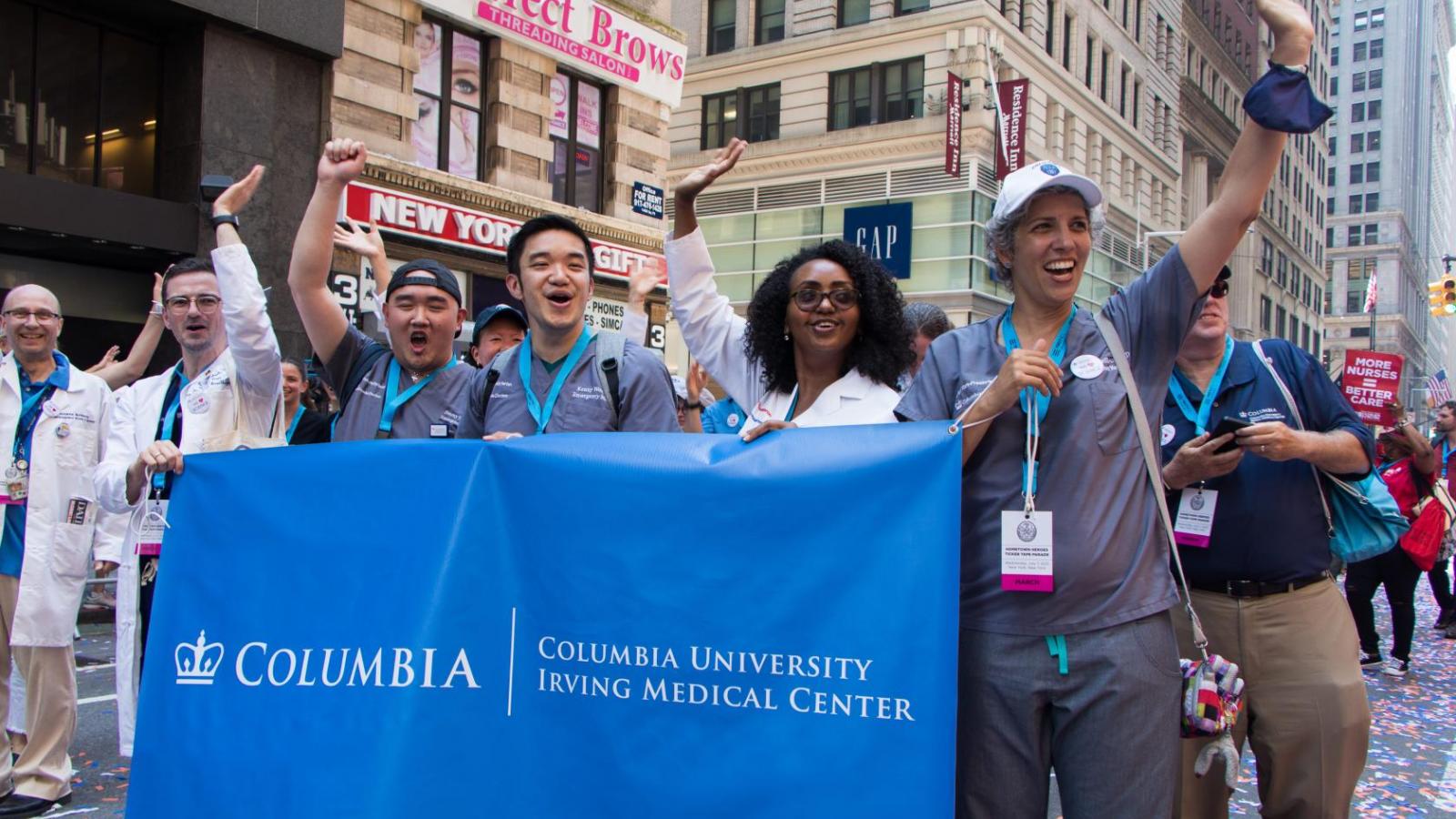 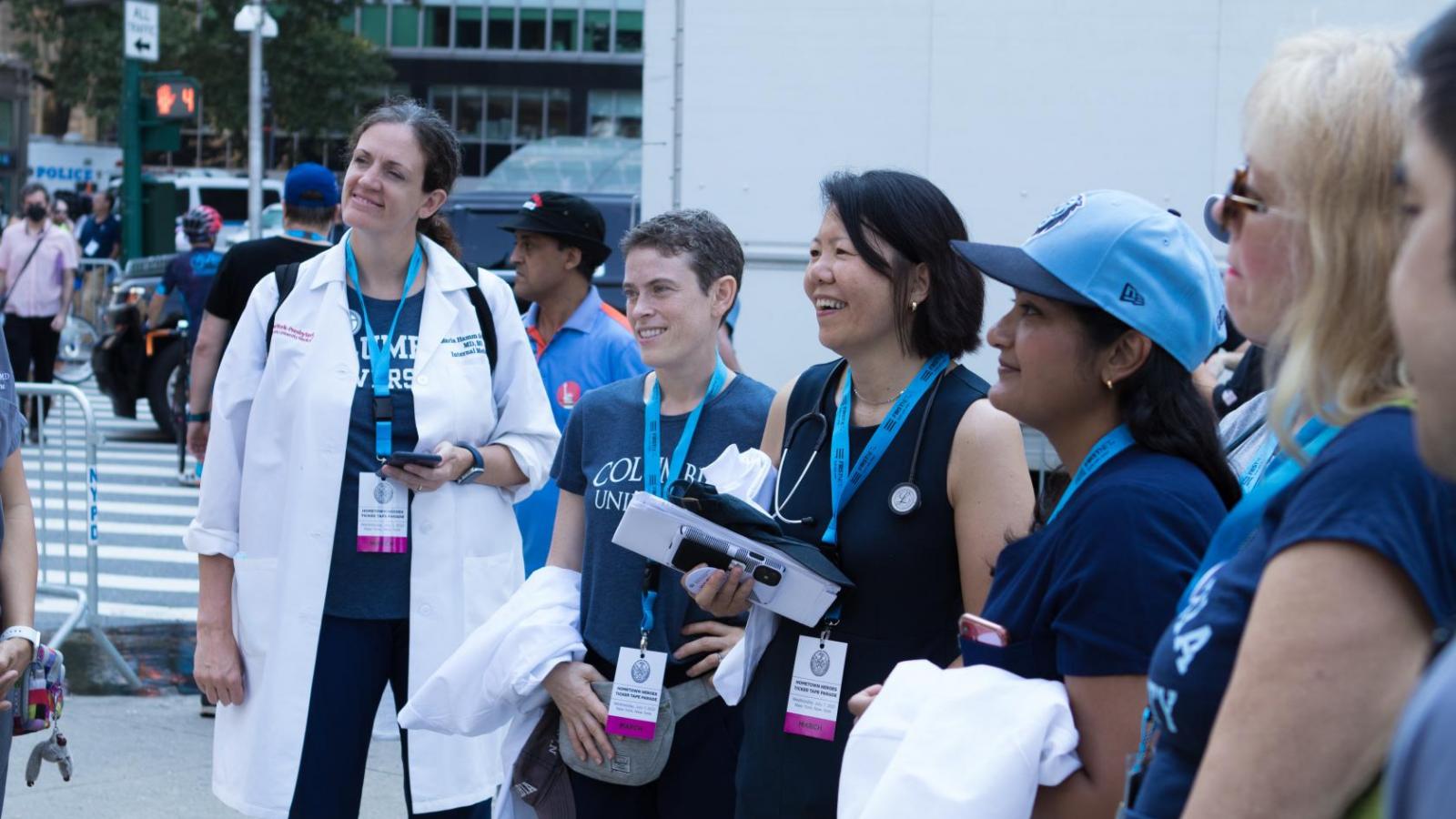 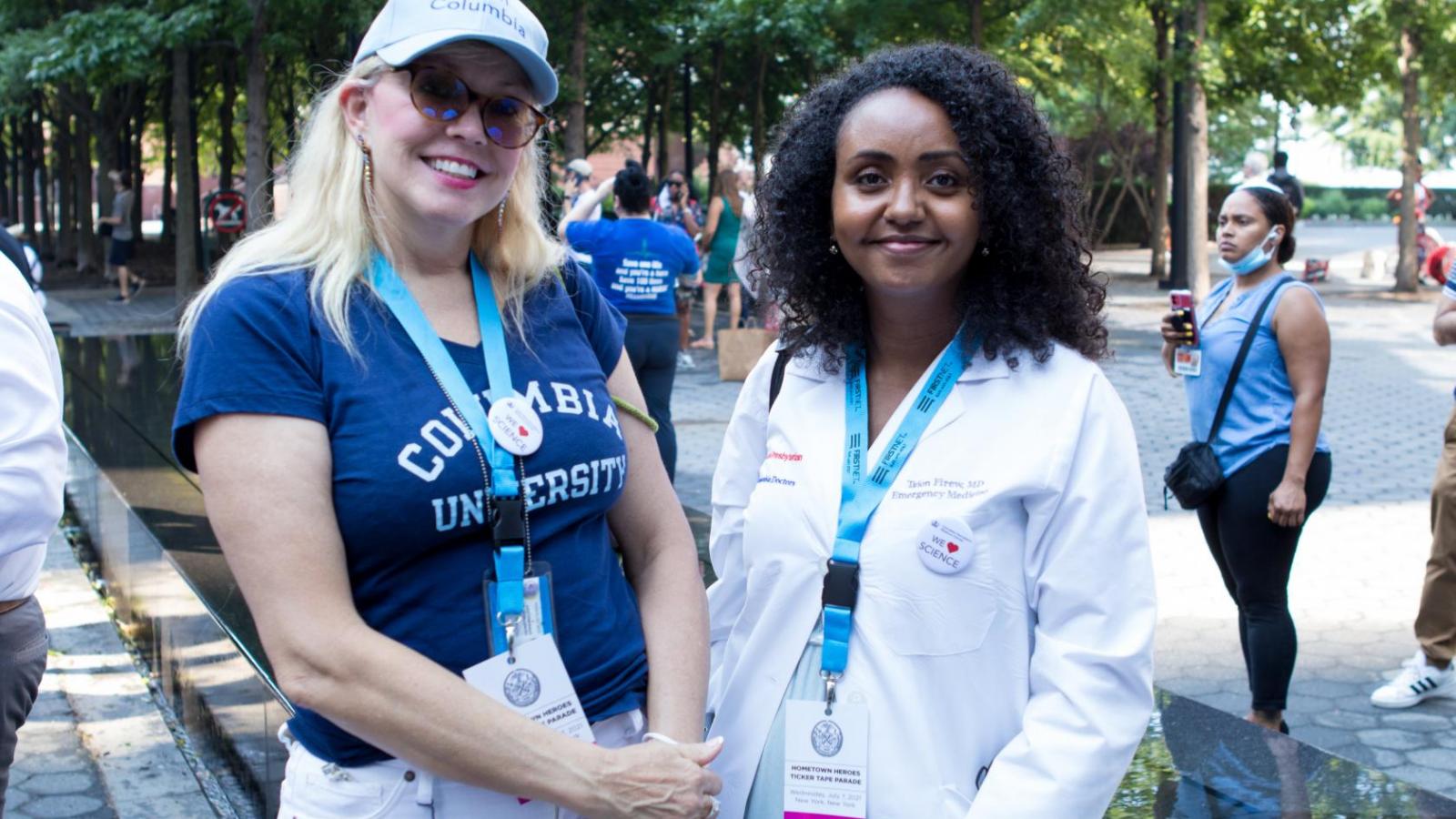 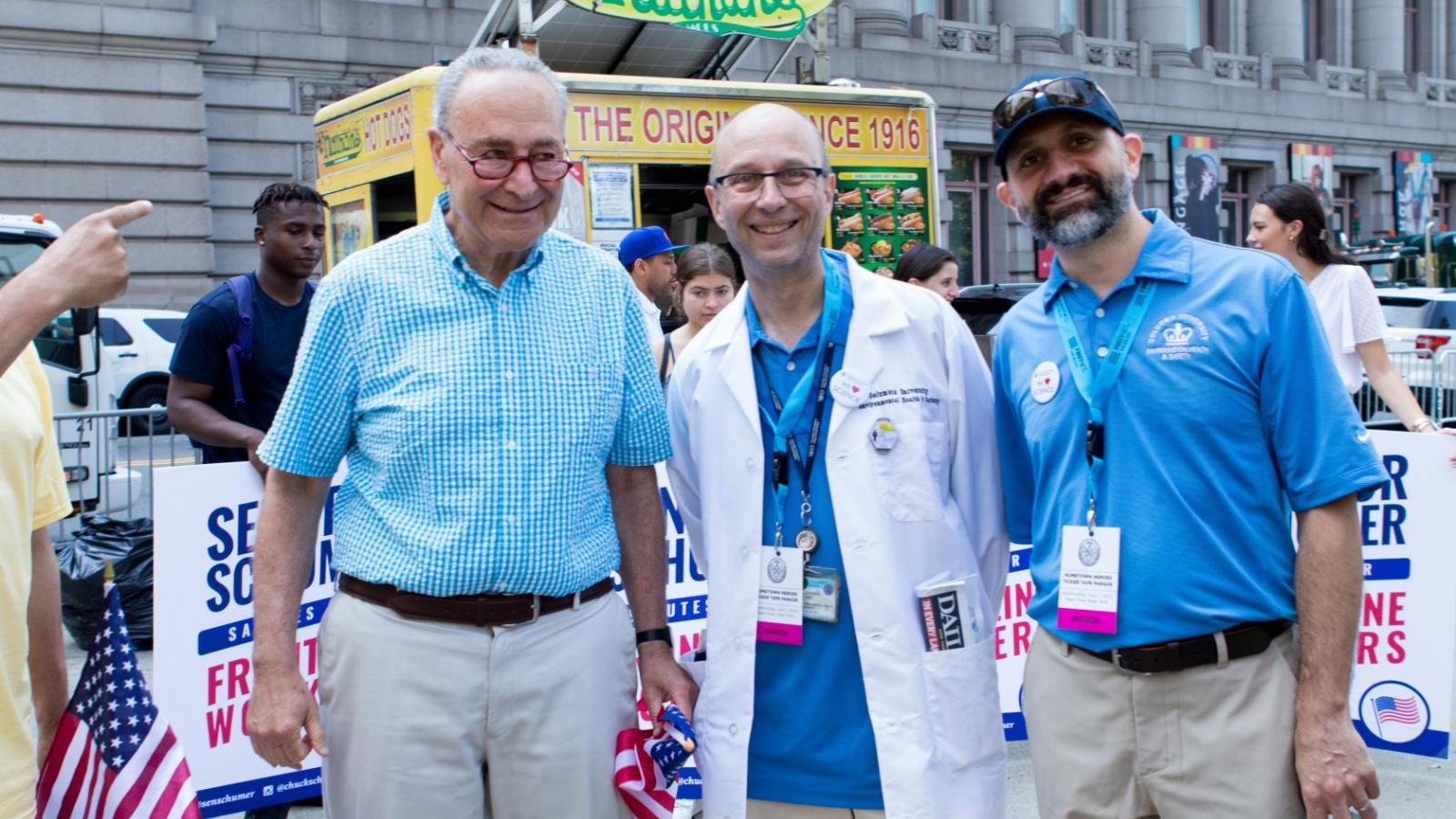 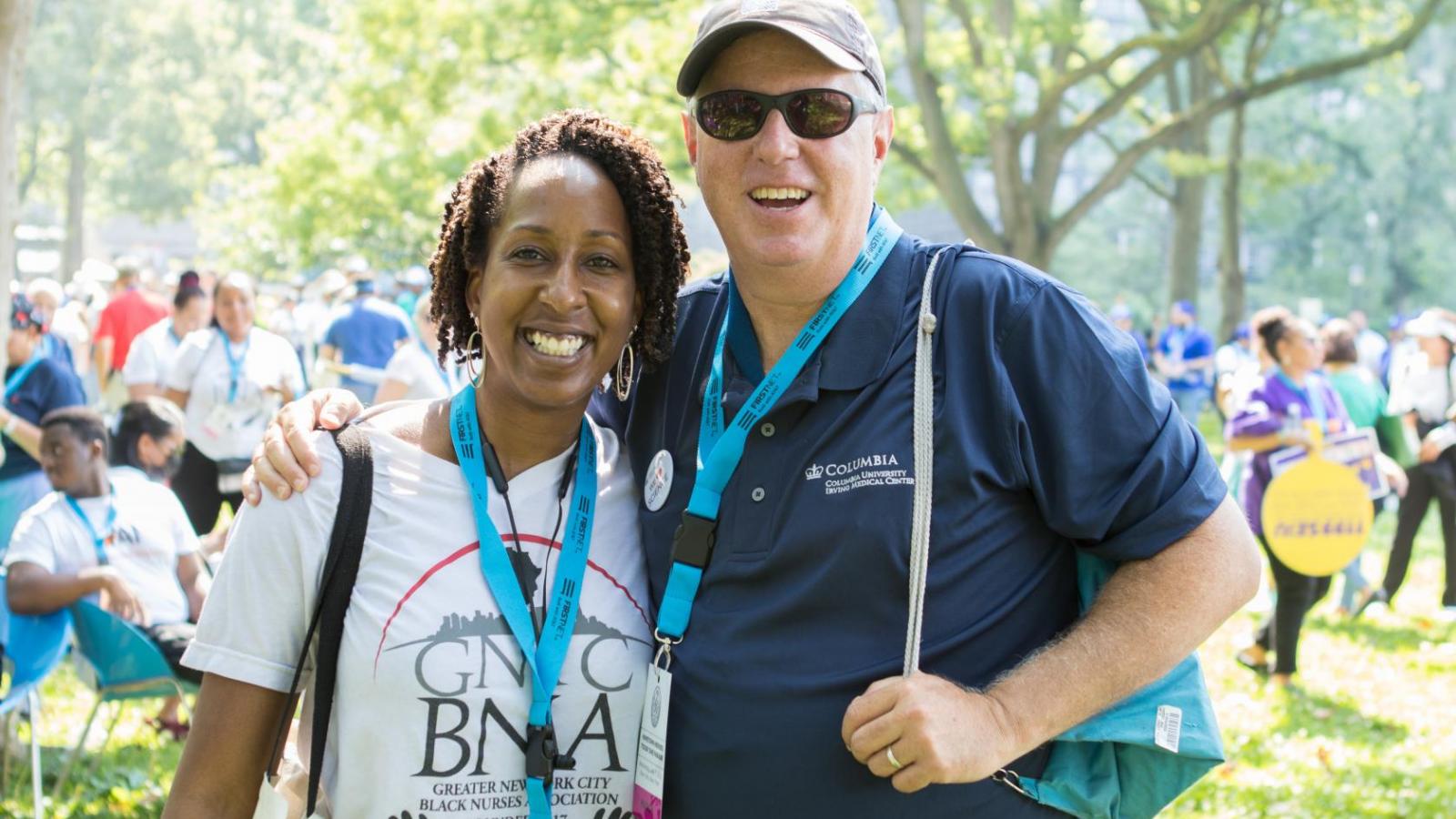 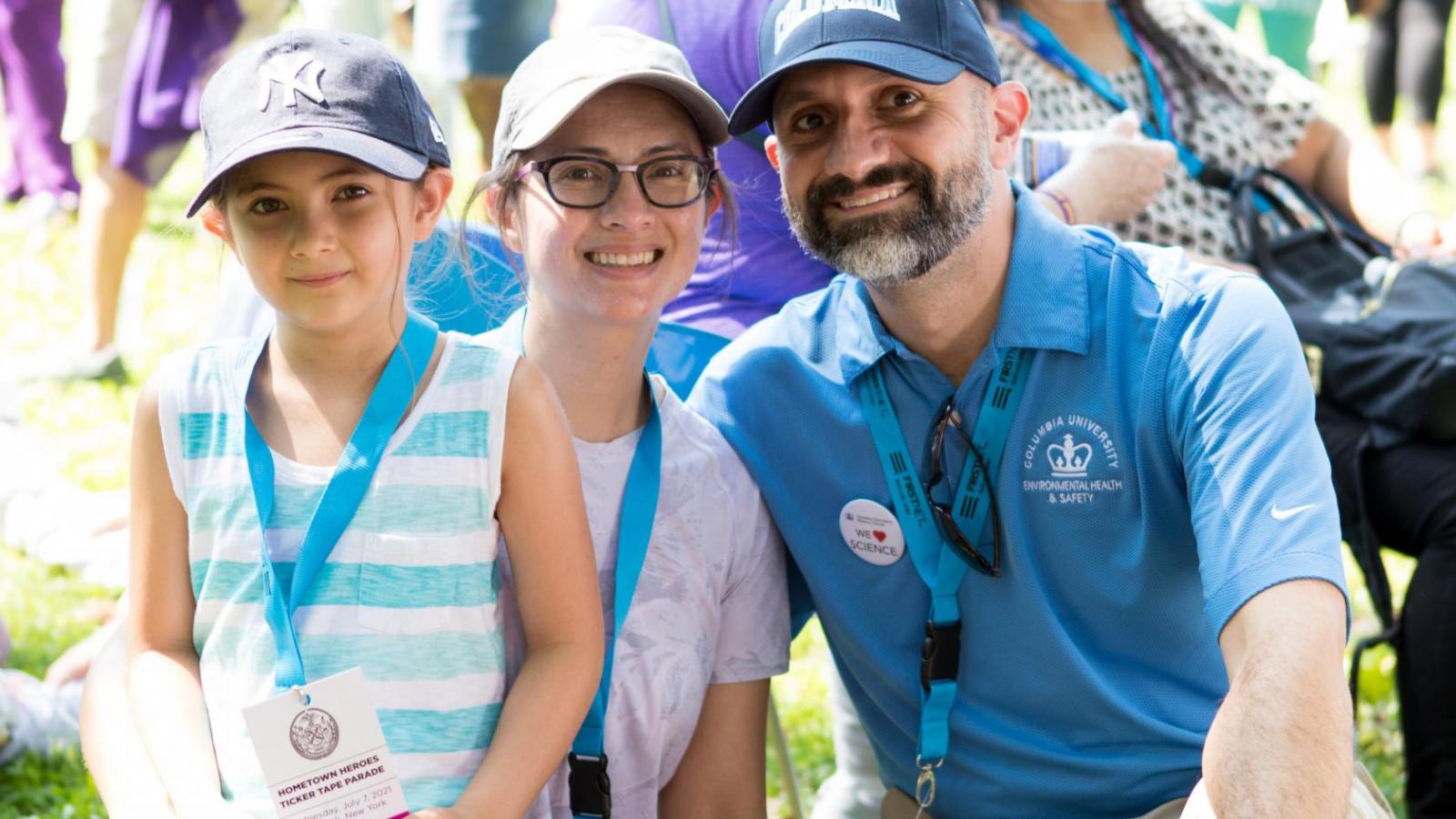 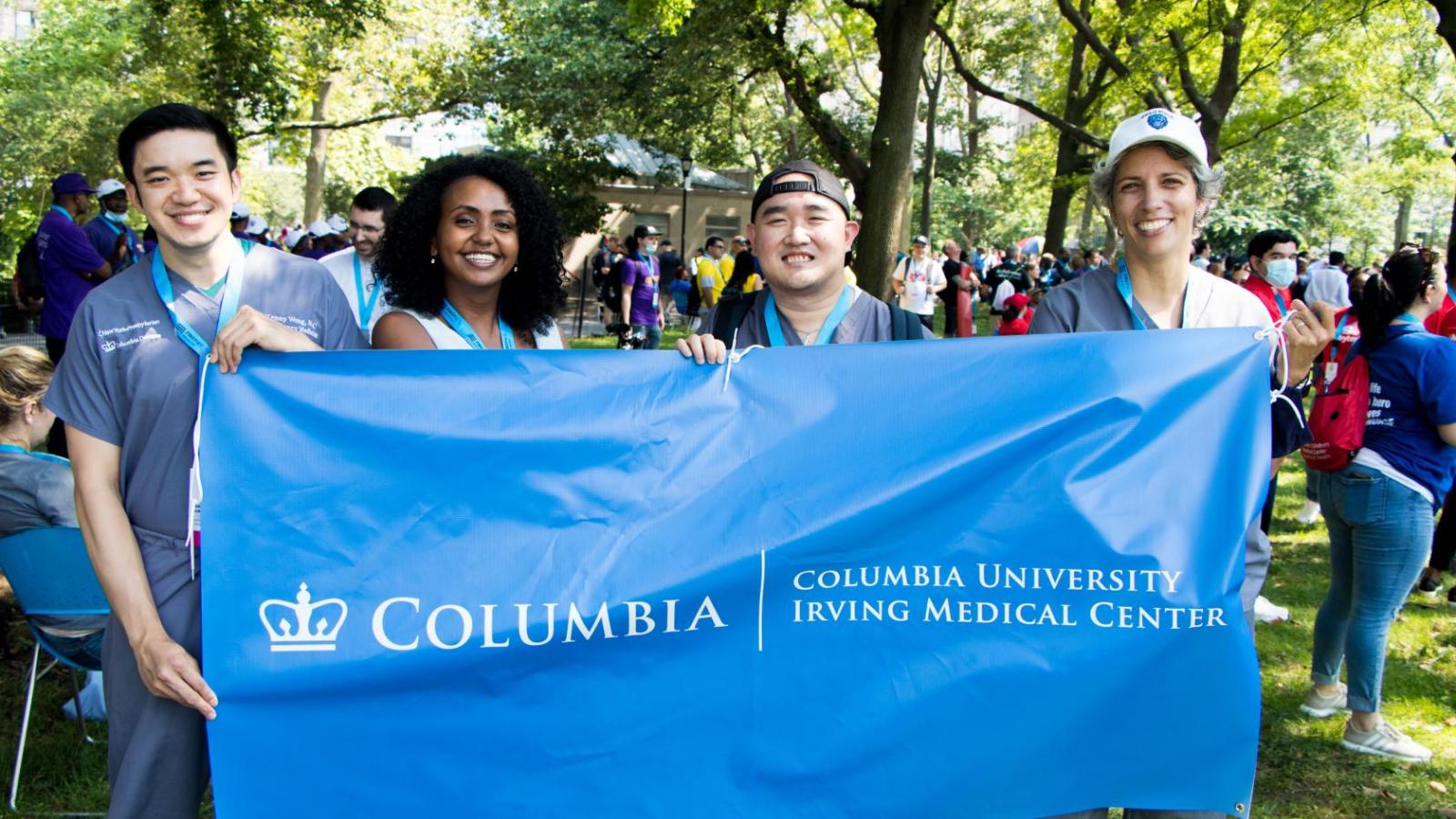 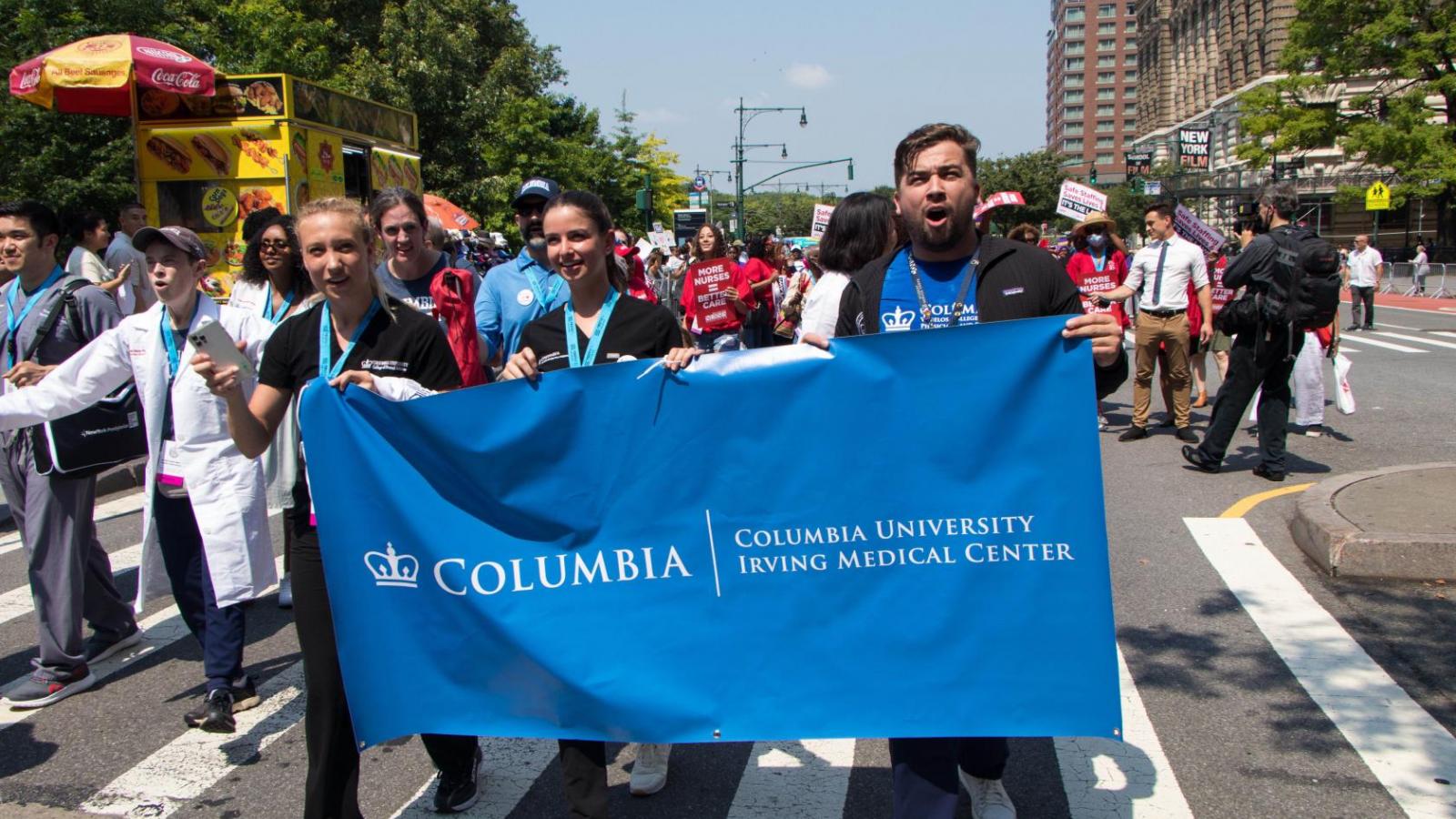 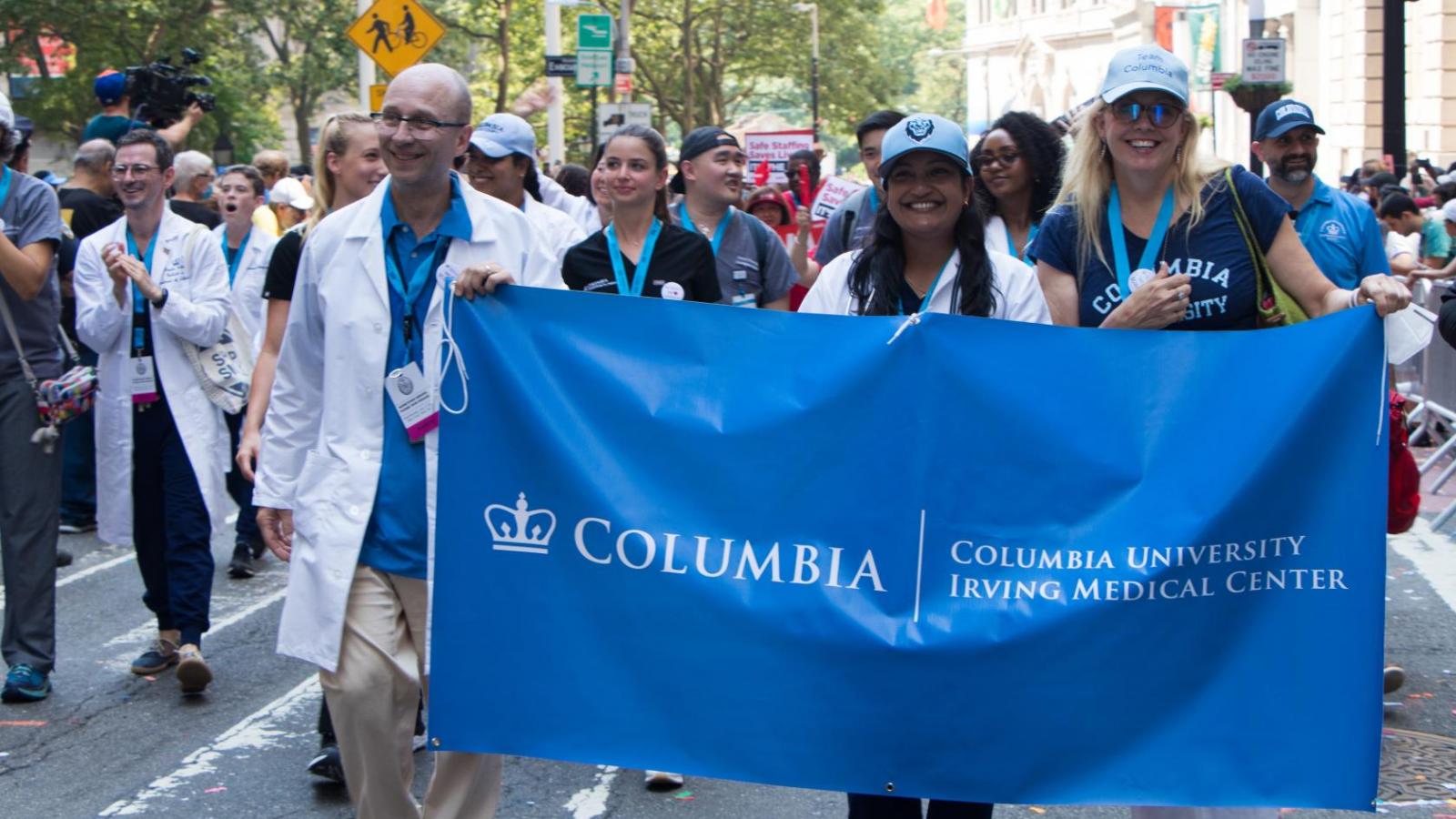 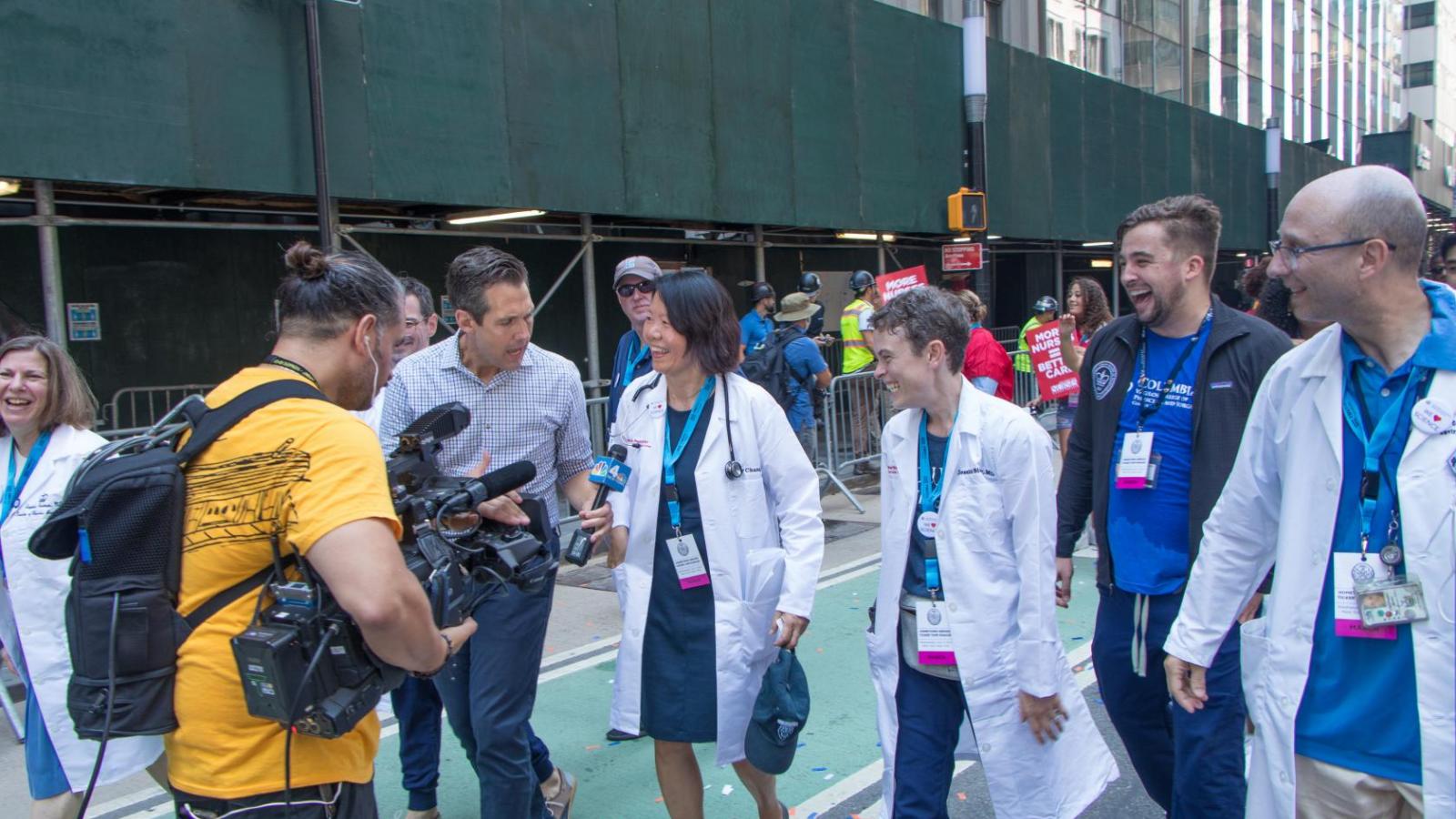 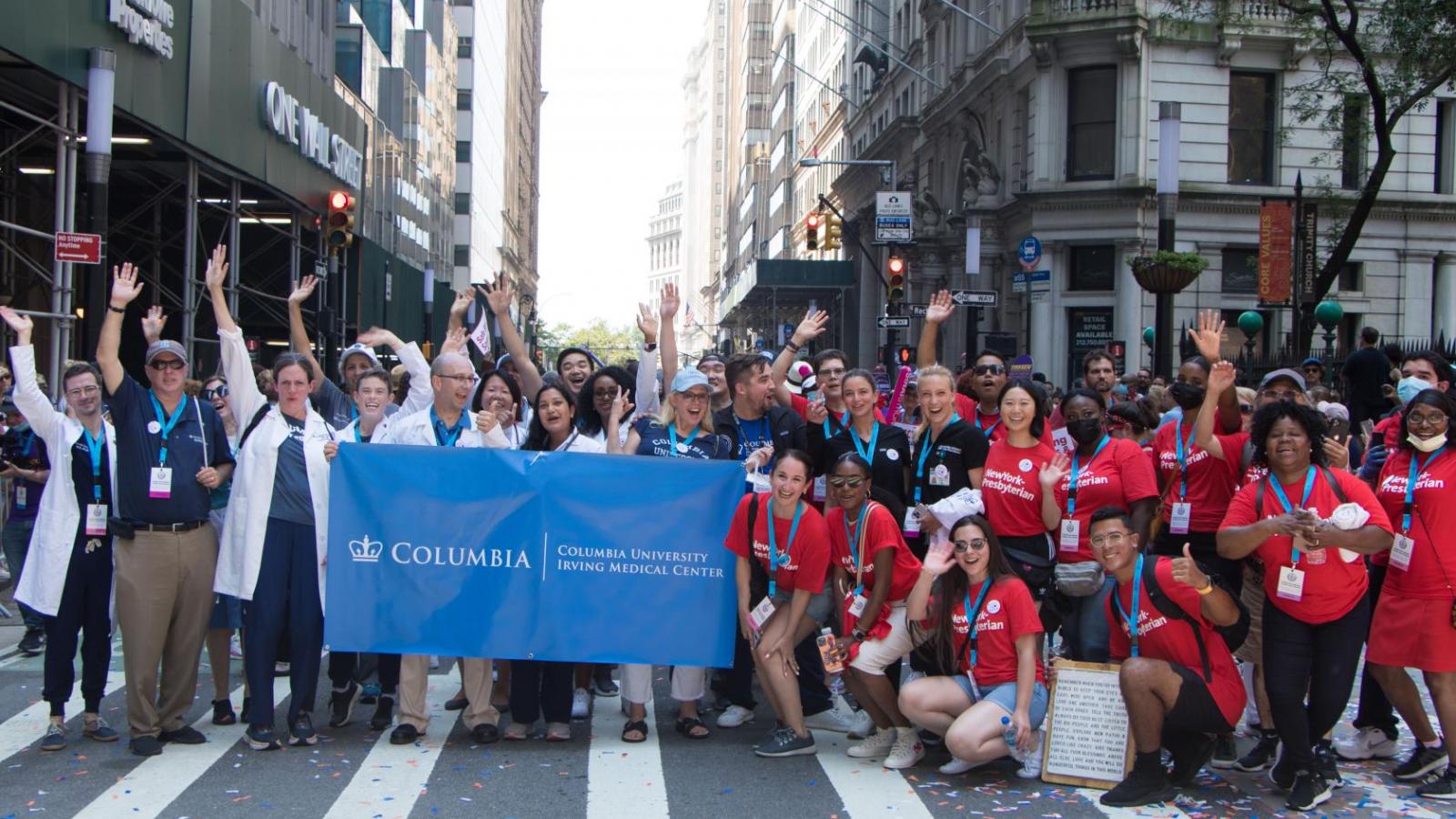 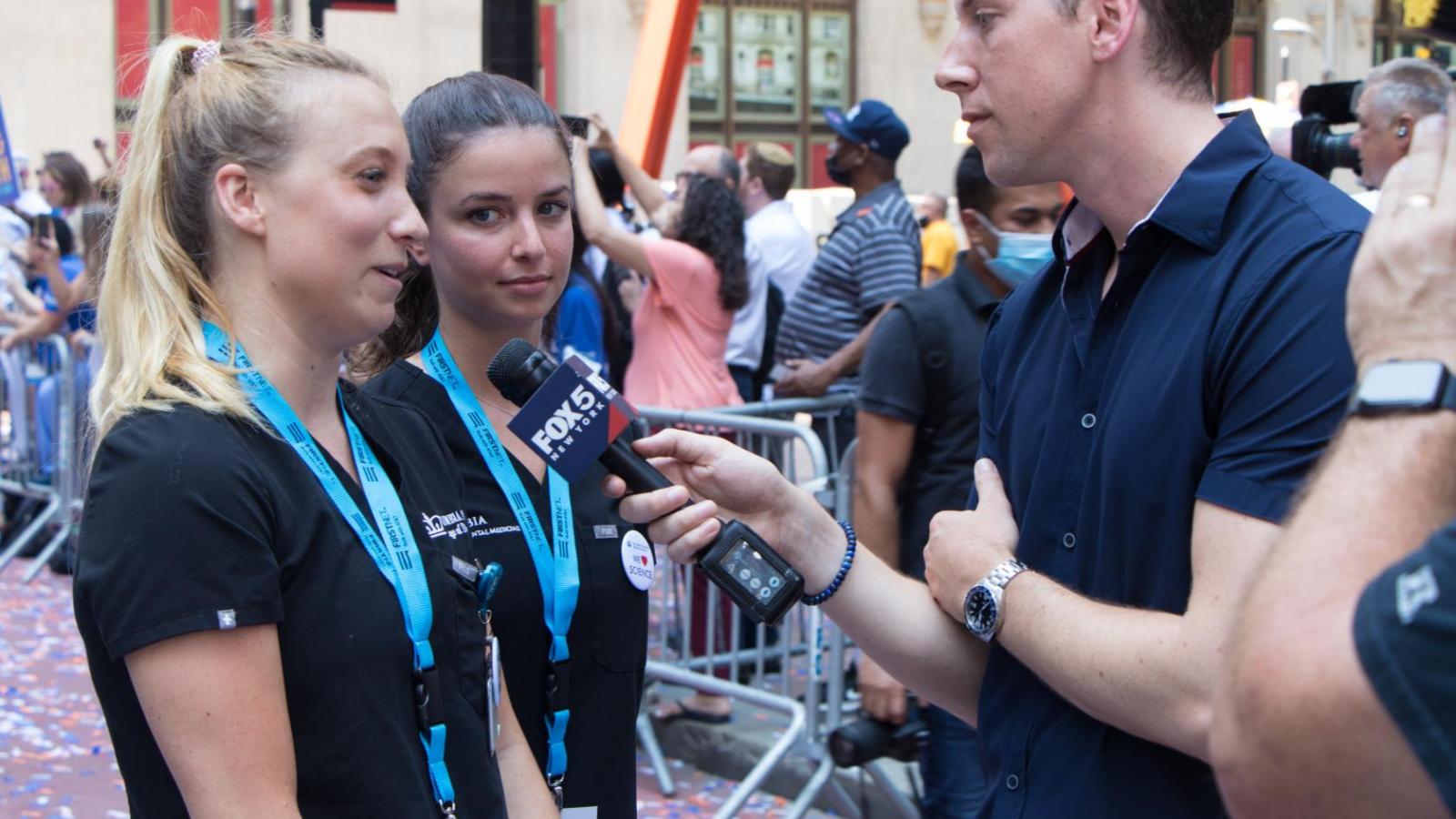 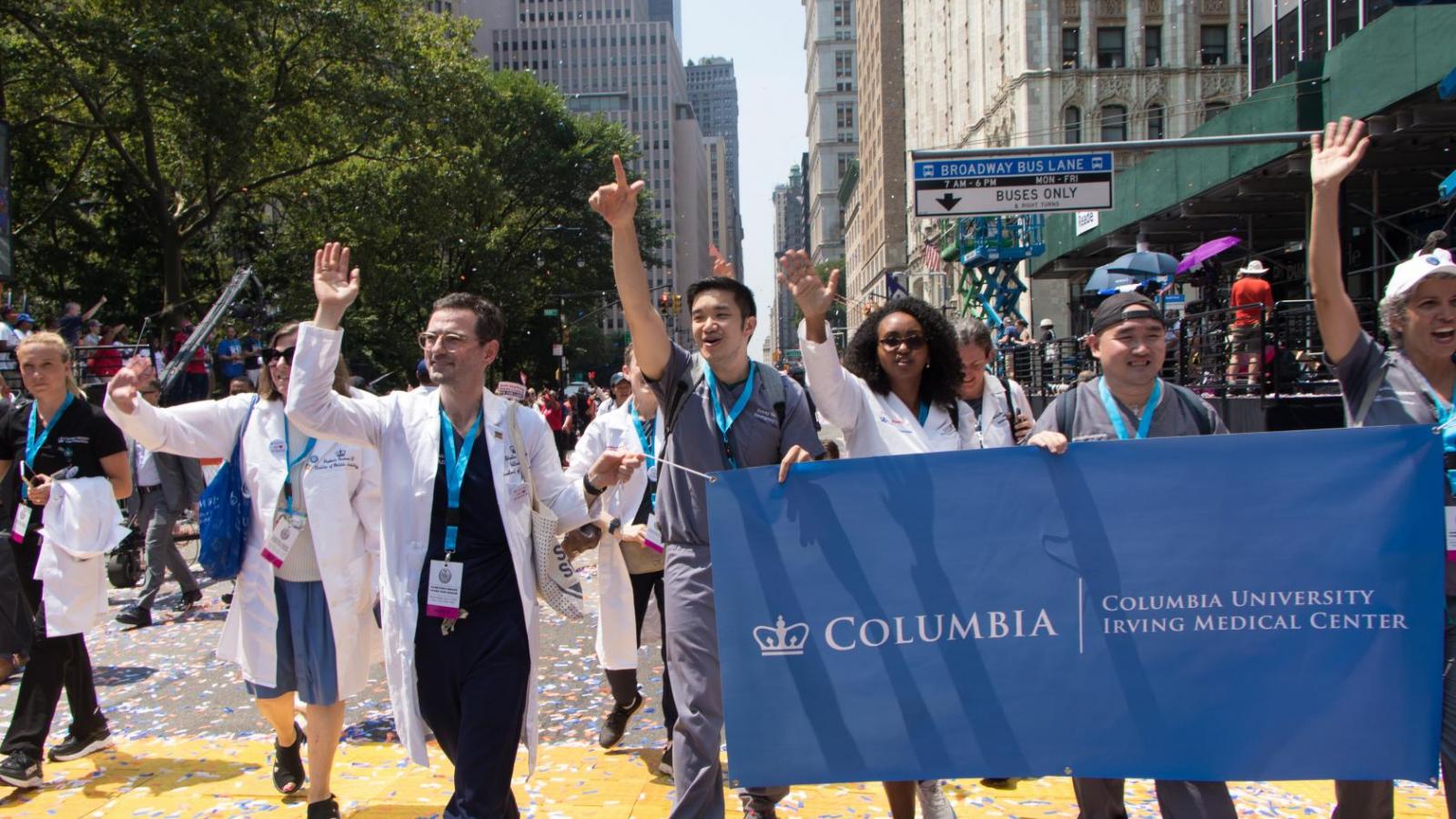 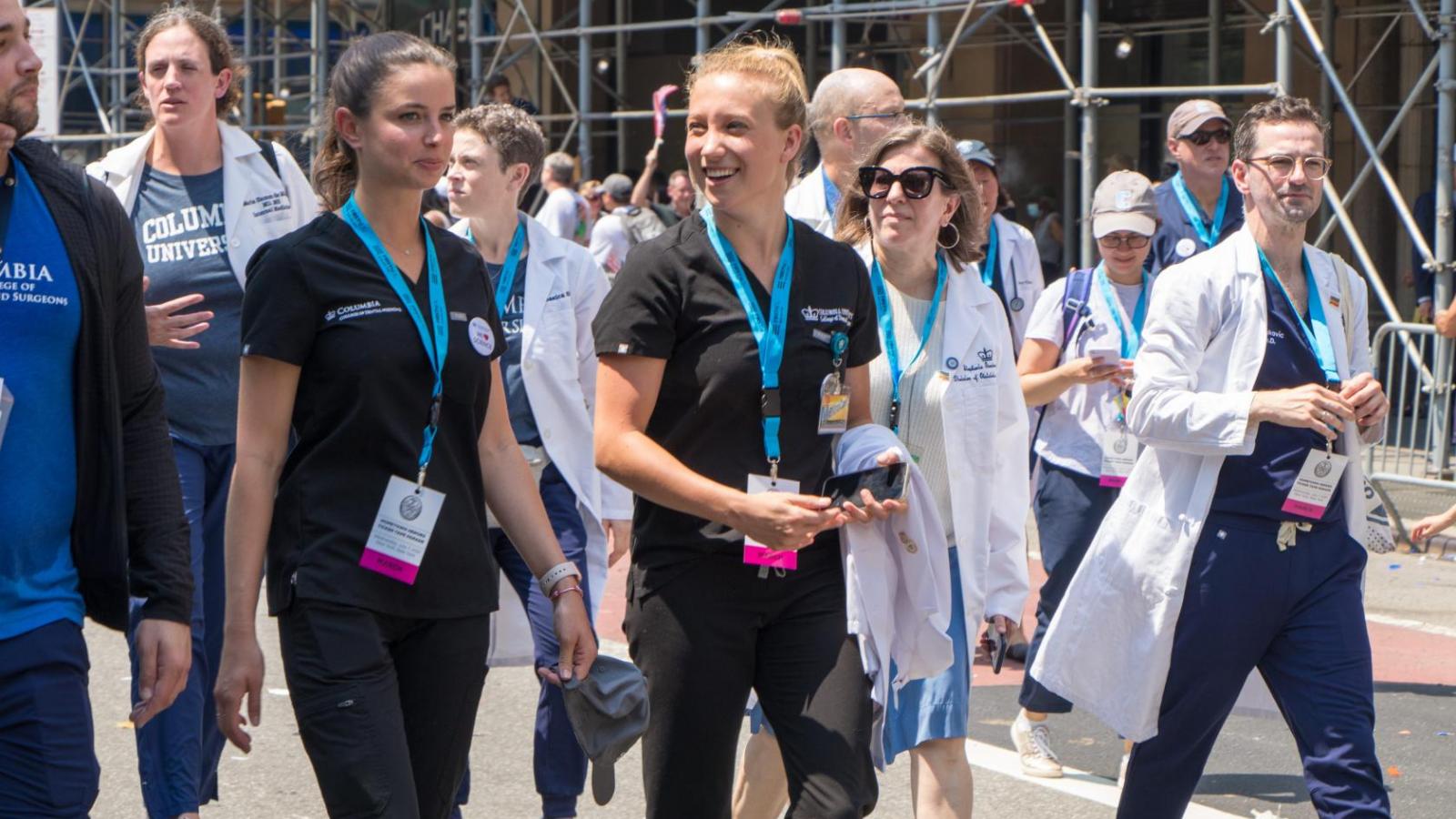 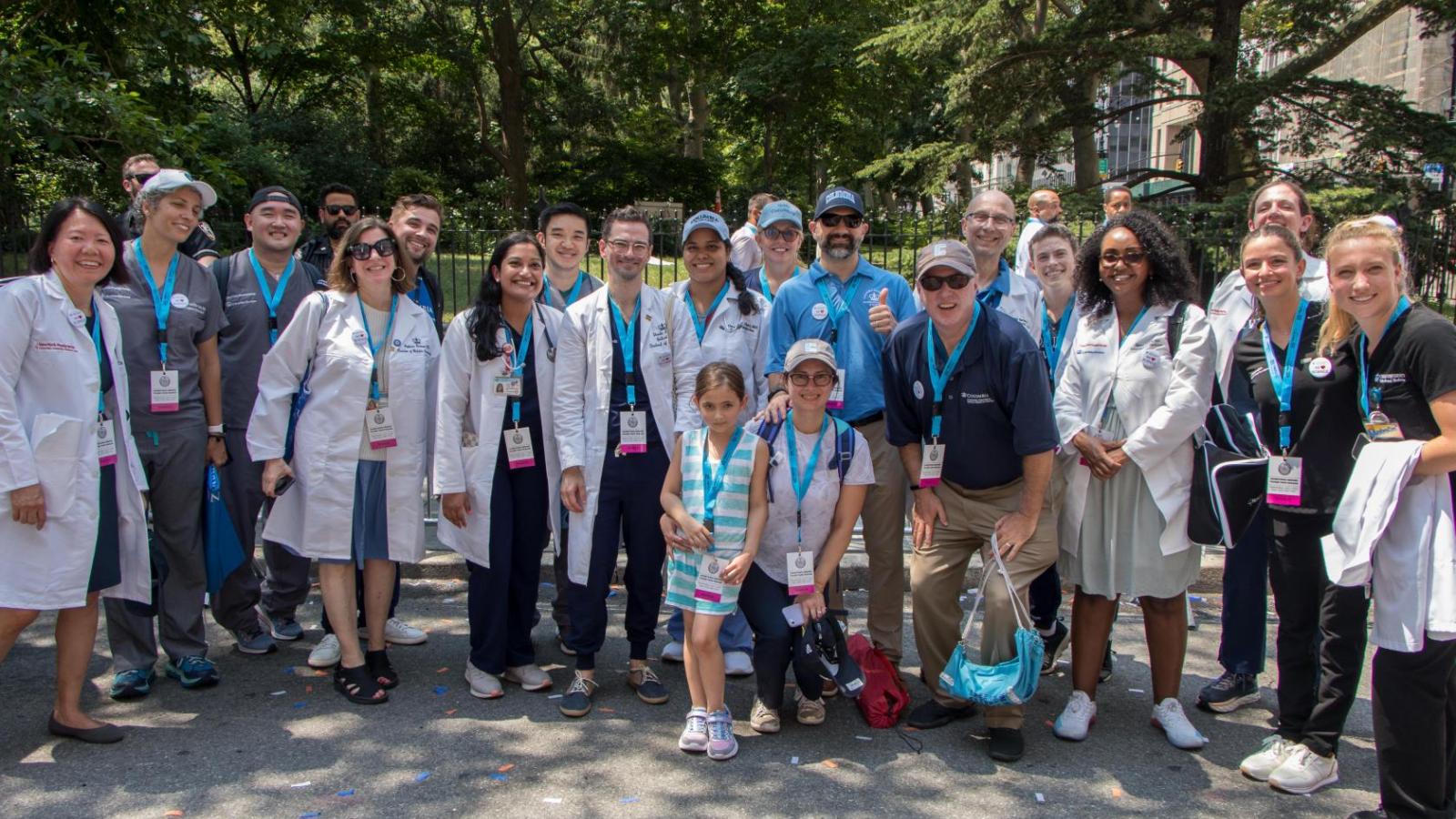