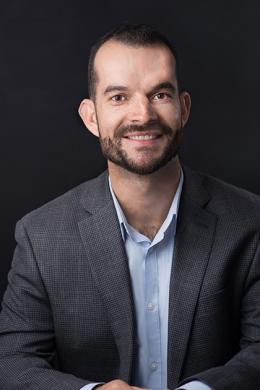 Sam was born and raised in Lancaster, PA. He earned his B.A. in biochemistry from Columbia University in 2007, where he trained with Professor Ruben Gonzalez, and his Ph.D. in chemistry from the University of California, Berkeley in 2014, under the mentorship of Professor Jennifer Doudna. He was awarded graduate student fellowships from the National Science Foundation and the Department of Defense, and received the Scaringe Award from the RNA Society and the Harold Weintraub Graduate Student Award from the Fred Hutchinson Cancer Research Center. After a brief postdoc and book writing stint, Sam spent a year working at Caribou Biosciences, a Bay Area biotech start-up focusing on genome engineering applications, as a Scientist and Group Leader of Technology Development. He started his independent career in the Department of Biochemistry and Molecular Biophysics at Columbia in February, 2018, where he is recipient of a Sloan Research Fellowship in Chemistry, a Pew Scholarship in the Biomedical Sciences, and the NIH Director’s New Innovator Award.

Sam's doctoral and postdoctoral research focused on the mechanism of nucleic acid targeting by RNA-guided bacterial immune systems (CRISPR–Cas), especially CRISPR–Cas9, and on the development of these systems for genome engineering applications. More recently, his lab pioneered the discovery of CRISPR-associated transposons and their development for new methods of RNA-guided DNA integration. His lab employs a range of biochemical, biophysical, genetic, and structural techniques to investigate CRISPR and transposon biology, with an eye towards applying mechanistic knowledge for tool development.

Sam is committed to being a supportive mentor and effective lab manager, and to nurturing a collaborative research environment. He has closely mentored over two dozen undergraduate and graduate students, and has participated in numerous mentorship programs, including Student Mentoring and Research Teams (SMART) and Howard Hughes Medical Institute’s Exceptional Research Opportunities Program (EXROP) at Berkeley. The desire to work with students in the lab was a major driver of Sam’s decision to transition from industry back to academia.
Outside of the lab, Sam is a passionate advocate for science communication and science outreach. He regularly presents to public audiences on the discovery of CRISPR–Cas immune systems and the ensuing gene-editing revolution, including a TEDMED talk in 2015, and has co-authored a pop-sci book with Jennifer Doudna on the same topic, titled A Crack in Creation: Gene Editing and the Unthinkable Power to Control Evolution. Their book received enthusiastic reviews from The Wall Street Journal and The Guardian, among other outlets, and was a finalist for the Los Angeles Times Book Prize. The New York Review of Books called it “required reading for every concerned citizen.”

At a cellular level, organisms face two fundamental challenges: maintaining integrity of the genome in response to mobile genetic elements and mutagens, and expressing a specific repertoire of genes at the correct time and proper level. It is now widely recognized that noncoding RNAs play crucial and surprisingly diverse roles in controlling both the expression of DNA, via transcriptional and posttranscriptional gene regulation, and the content of DNA itself, by mediating sequence-specific DNA cleavage events. The recent discovery of pervasive genome defense systems in bacteria and archaea known as CRISPR–Cas (Clustered Regularly Interspaced Short Palindromic Repeats–CRISPR-associated), and the development of these systems for genome engineering, highlight the biological power and technological potential of RNA-guided DNA control.

The Sternberg Lab broadly strives to expand our understanding of the ways in which noncoding RNAs conspire with effector proteins to target DNA. Focusing on evolutionarily distinct but analogous systems in both prokaryotes and eukaryotes, and using a combination of biochemistry, structural biology, biophysics, and genetics, we are uncovering new biological function while simultaneously advancing novel tools with which to precisely manipulate the genome. Please visit the Sternberg Laboratory website at www.sternberglab.org.