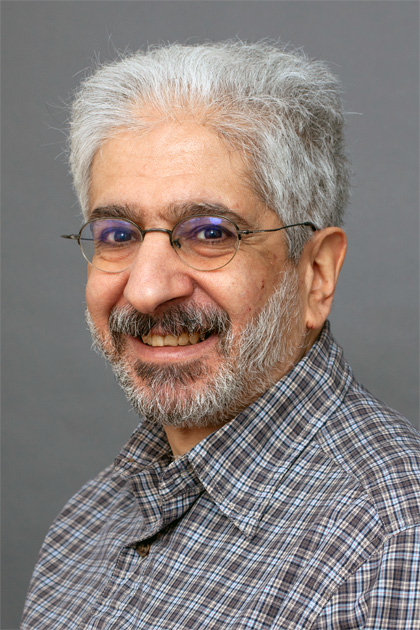 My lab's interests focus on understanding the cerebral cortex. We use theoretical and computational methods to unravel the circuitry of the cerebral cortex, the rules by which this circuitry develops or "self-organizes", and the computational functions of this circuitry. Our guiding hypothesis — motivated by the stereotypical nature of cortical circuitry across sensory modalities — is that there are fundamental computations done by the circuits of sensory cortex that are invariant across highly varying input signals. This commonality is likely to extend in important ways to motor and "higher-order" cortex as well, although these structures show more prominent circuit differences with sensory cortex, consistent with their role in producing internally generated activity as well as in integrating their inputs. In some way that does not strongly depend on the specific content of the input, cortical circuits extract invariant structures from their input and learn to represent these structures in an associative, relational manner. We (and many others) believe the atomic element underlying these computations is likely to be found in the computations done by a roughly 1mm-square chunk of the cortical circuit. To understand this element, we have focused on one of the best-studied cortical systems, primary visual cortex, and also have interest in any cortical system in which the data gives us a foothold (such as rodent whisker barrel cortex, studied here at Columbia by Randy Bruno, and monkey area LIP, studied here by Mickey Goldberg and Jackie Gottlieb).

The function of this element depends both on its mature pattern of circuitry and on the developmental and learning rules by which this circuitry is shaped by the very inputs that it processes. Thus we focus both on understanding how the mature circuitry creates cortical response properties  and on how this circuitry is shaped by input activity during development and learning.  We also use theoretical methods to analyze sensory cortical data to infer functional properties.