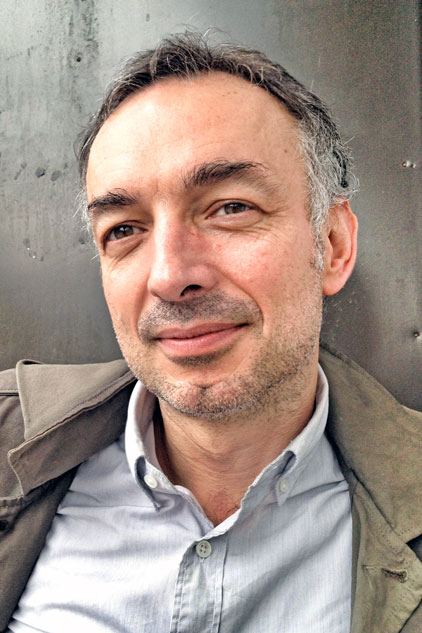 The overarching focus of the Snoeck laboratory is translational stem cell research, and consists of two major vignettes: hematopoietic stem cells (HSCs), the historical focus of the lab, and a more recently developed project on lung development from human pluripotent stem cells (hPSCs).

The respiratory system arises from buds on the ventral anterior foregut endoderm (AFE) that undergo a stereotyped branching process followed by specialization of the airway epithelium in the stalks while, distally, alveoli develop where gas exchange will take place. We have published a strategy to achieve the generation of developmental lung progenitors from hPSCs. These were capable of further differentiation into airway and, predominantly, distal lung cells in 2D cultures. Recapitulation of lung development from human pluripotent stem cells (hPSCs) in three dimensions (3D) would allow innovative strategies for disease modeling, drug discovery and regenerative medicine. We developed two culture systems in 3D, that are used to study viral pathogenesis and fibrotic lung disease, with a focus on idiopathic pulmonary fibrosis (IPF).

IPF is an intractable lung disease with a median survival of 3-4 years. 30-40,000 Americans die from this disease each year. As currently no curative treatments are available except for lung transplantation, innovative approaches are urgently needed. Developing such approaches requires insight into pathogenesis. The nature of some predisposing mutations strongly suggests a key role for dysfunction of surfactant-producing type II alveolar epithelial (ATII) cells. Our lung organoid model allowed recapitulation of fibrosis in hPSCs with engineered mutations (Hermansky-Pudlak Syndrome 1, 2 and 4) that predispose with high penetrance to IPF, thus allowing investigation of pathogenesis and eventually establishment of drug screens.

A second endeavor is the generation of engraftable, multipotential lung and airway progenitors. Several lung diseases would theoretically be amenable to stem cell therapies. These include a fraction of patients with cystic fibrosis (CF) that does not respond sufficiently to currently available corrector and potentiator drugs, infants with respiratory failure caused by surfactant deficiencies and victims of severe inhalation injury. However, engraftment of progenitor cells in the lung remains a challenge because neither an expandable progenitor population with engraftment potential nor an appropriate conditioning regimen of the recipient have been identified. To address the first challenge, we have developed a strategy isolate and expand putative human fetal lung progenitors from 3D organoids derived from human pluripotent stem cells which can engraft distal lung of in experimental animal models.

Hematopoietic stem cells (HSCs) reside in the bone marrow (BM) and have the unique capacity to self-renew and to differentiate, generating all blood lineages throughout life or in a patient after transplantation. HSCs are therefore not only paradigmatic stem cells, but are also used for stem cell therapies for a wide range of hematological diseases. Despite significant progress in our understanding of the biological mechanisms regulating HSC features such as self-renewal, differentiation and quiescence, a coherent understanding of how these mechanisms act in concert to regulate HSCs homeostasis has not emerged yet, and maintenance of HSCs in vitro remains challenging. The mechanisms underlying aging of HSCs are also unclear, although these age-related changes, expansion of the HSC compartment and loss of lymphoid potential, are very likely implicated in age-associated clonal hematopoiesis, myeloid malignancies and immune dysfunction. Understanding these mechanism will have major translational relevance. One organelle of which role and function in HSCs is unclear is the mitochondrion. A relation between mitochondrial dysfunction and aging has been long suspected, but dissecting its details remains as a major challenge for aging research. Our lab showed that mitochondrial turnover, dynamics and calcium handling are regulated in an exceptional fashion in HSCs compared to other cell types, and strongly impacts their function. HSCs can be maintained in vitro in a low-calcium environment, an environment we found is also encountered in the bone marrow. Furthermore, we found that mitochondrial dynamics profoundly affect cell fate and aging of HSCs. It hoped that further studies along these lines will lead to physiological approaches to maintain, expand and manipulate HSCs in vitro.